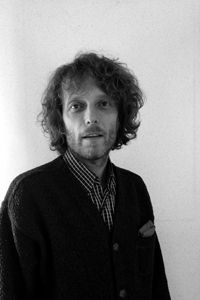 Luca Galbusera was born in Bari January 11th, 1966 and lives between Genoa and Milan.
After scientific studies, he graduated from the European Design Institute of Milan in 1987.
He participated in the competition to rescue the Oberdan Square Daily Hotel in Milan and took second place for a project at the polyvalent musical research center.
He was recognized for the planning of holy objects during the KOINE’ competition and for the “neo eclectics objects” during “Abitare il tempo” in Verona, 1993.
For years he has developed and applied an illustration technique to industrial product design, rewarding objects with a personal poetry that transcends both dreams and reality.
Since 1987 he has worked expressly with the Architect M. Duranti.
The “Oggetti Gentili” collection was developed exclusively for MEPRA and is the first production collection of its kind.